On the eastern coast of Africa, engulfing the equator, lies Kenya. It is right in the middle of a tremendously diverse area, bordering Ethiopia and South Sudan to the north, Somalia and the Indian Ocean to the east, Tanzania to the south, and Lake Victoria and Uganda to the west. The East African nation is famed for its scenic landscapes, including the Great Rift Valley and mountain highlands, and vast wildlife preserves, notably the iconic Maasai Mara Reserve and Amboseli National Park.

The country proudly hosts over 1,100 bird species spread across different habitat types. Alas, some of these birds are in grave danger: if we do not act now, the threats that they face could drive them to extinction. Our feathered friends are threatened by illegal killing, habitat loss and degradation, and the climate crisis.

Wildlife poisoning, electrocution, collision with energy infrastructure, and trapping are among the leading sources of harm to Kenya’s birds. Due to human-wildlife conflict, birds of prey, especially vultures, become fatal victims of poisoning – even though this is a criminal offence under Kenyan law. Since just August 2019, 70 vultures (56 White-backed Vultures (Gyps africanus), 11 Lappet-faced Vultures (Torgos tracheliotos) and three Rüppell’s Vultures (Gyps ruepelli)), as well as two Tawny Eagles have tragically succumbed to poisoning in the southern rangelands of Kenya.

There is a ray of hope for these birds, however. Nature Kenya, BirdLife’s partner in Kenya, is working with the community in southern rangelands to stop wildlife poisoning. Nature Kenya has trained and equipped a network of community members called ‘Vultures Volunteers’ to respond to wildlife poisoning incidents within this landscape. The volunteers work closely with Nature Kenya’s Vultures Liaison Officers and other organisations, such as the Kenya Wildlife Service and The Peregrine Fund to reduce vulture mortalities. The Vulture Volunteers also conduct awareness raising work to educate the community on the effects of wildlife poisoning and the value of vultures; and they collect precious data on human-wildlife conflict. While Kenya’s birds of prey may face serious threats, they also have many loyal friends fighting for their safety! 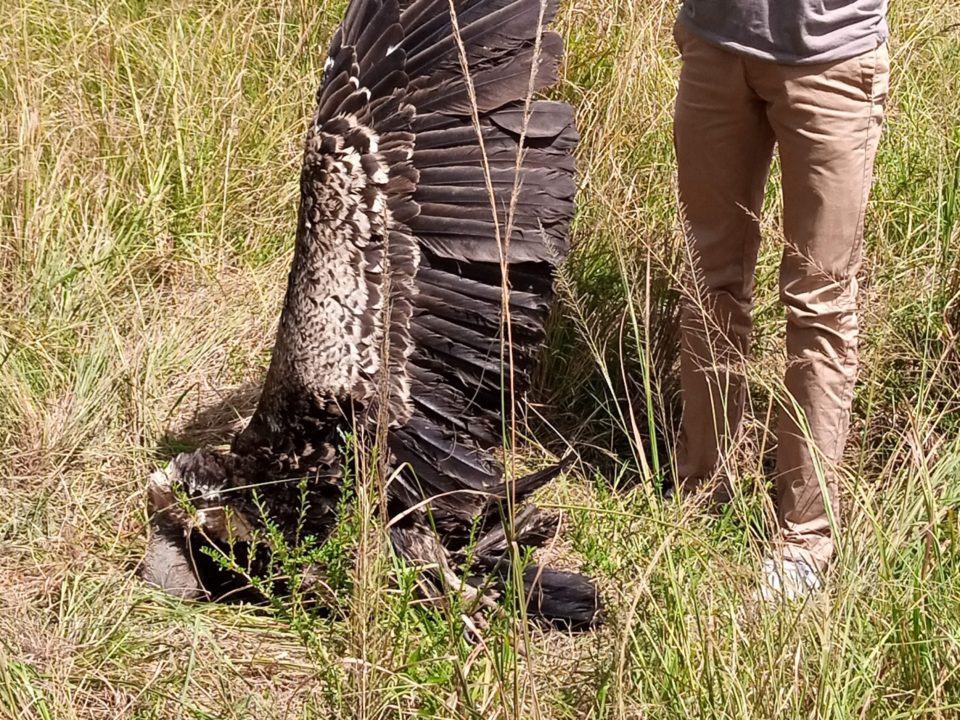 Meet the Vulture Volunteers of Kenya

December 8, 2021
Amidst mounting threats to vultures in Kenya, these community volunteers are helping to conserve the 'Earth's clean-up crew'
Do you like it?
Read more