The Egyptian Vulture is one of the few bird species to use tools, using pebbles to hammer open eggs as large as an Ostrich’s. It is celebrated in the folklore of many cultures, having been admired throughout history for its intelligence, striking yellow face and white plumage.

The ancient Egyptians worshipped it as a symbol of the goddess Isis and immortalised its silhouette as a hieroglyph in their writing. But the sacred bird of the Pharaohs now faces extinction.

For more information on the legislation covering this species, as well as maps and research, check out: http://datazone.birdlife.org/species/factsheet/egyptian-vulture-neophron-percnopterus

August 24, 2022
Original post: https://4vultures.org/blog/juvenile-egyptian-vulture-migrating-to-africa-disappears-above-malta-likely-shot/  In September 2021, a juvenile Egyptian Vulture -(Neophron percnopterus) named Isabel disappeared while flying above Malta. Isabel played an important part in conservation […]
Do you like it?
Read more

August 24, 2022
Three endangered Egyptian vultures illegally kept at a zoo in southern Lebanon, were rescued thanks to Lebanese Wildlife and the Anti-Poaching Unit (APU). The birds were rescued from the […]
Do you like it?
Read more 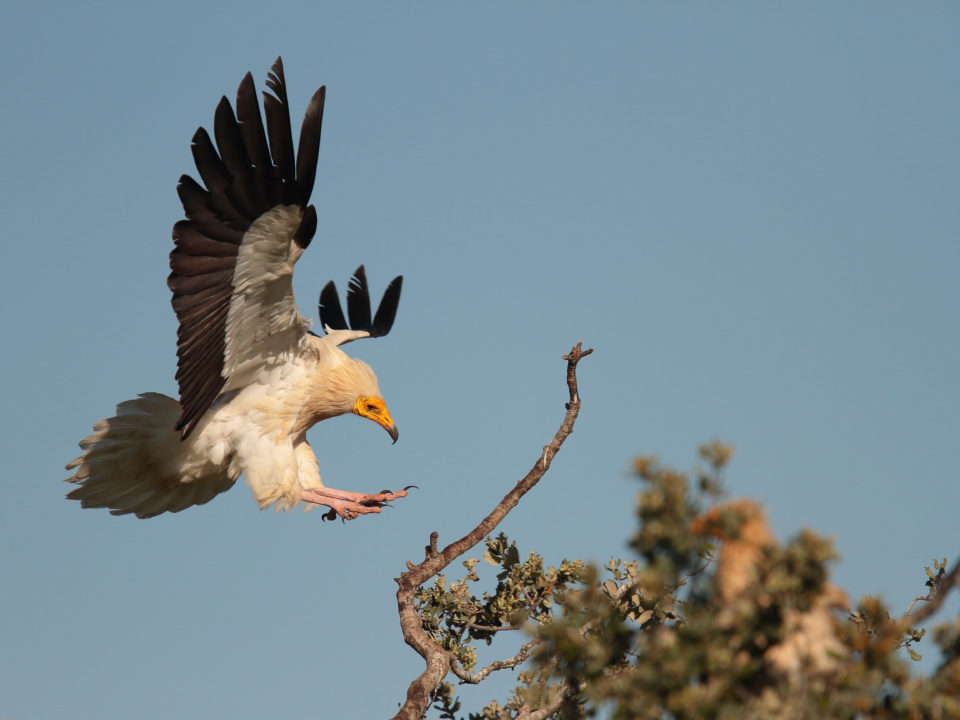 April 27, 2022
Legal provisions against the poisoning of wildlife and particularly the use of poison baits have been absent in Albania, until the latest amendments proposed by the […]
Do you like it?
Read more
Load more