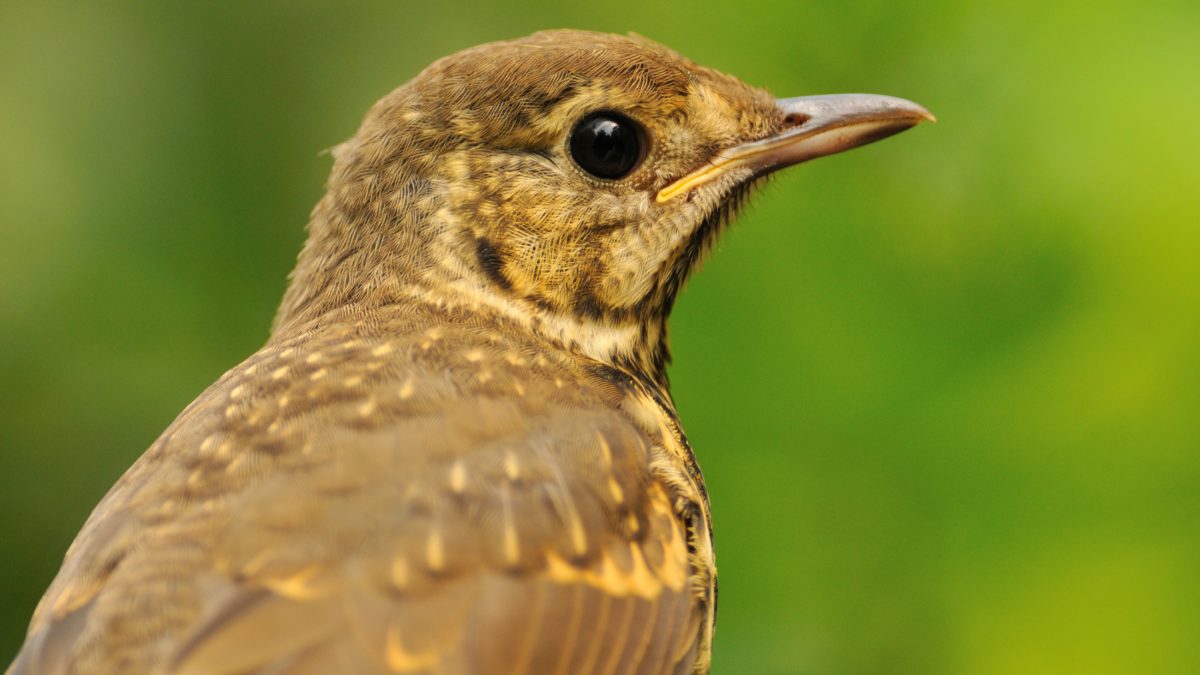 Imagine: it’s the middle of winter. Bird migration is at its peak. You’re hiking deep in the Mediterranean maquis, on the lookout for illegal traps, snares and nets. Is that something for you? BirdLife’s Italian partner, LIPU, organises camps that do this every year – and they get results. This is their story.

Have you seen this yet? After finding a Song Thrush illegally trapped in a net in Sulcis, southern Sardinia, young volunteers with nothing but a knife, steady hands and a heart of gold manage to set the bird free.

This beautiful moment is part of a larger movement: at LIPU, BirdLife’s Italian partner, we organise volunteer camps to fight the illegal killing of birds. In southern Sardinia, in the Sulcis and Sarrabus areas, small birds are particularly vulnerable. Robins, song thrushes and blackbird migrate to Sardinia for the winter, or use the island as a stopover on their way to and from North Africa.

The vast Mediterranean maquis, one of the largest and best-preserved forested areas in the Mediterranean, covers the southern part of Sardinia. It hosts significant numbers of migrating thrushes, as well as typical Mediterranean resident warblers – including the Sardinian warbler, of course. All of these birds are completely defenceless against illegal traps, snares and nets. They are set up by illegal killers, who then sell off the birds to people who boil them to make a deadly delicacy called ‘Pilloi de tacculas’.

In February and December each year, when migration is at its peak, around twenty volunteers, who come for week-long camps, hike through the forests to locate and remove the thousands of illegal traps and nets. The volunteers, coordinated by Gigliola, our camp leader, work with the Sardinian Regional Forestry and Environment Police Corps and the police. Every year, on average, LIPU volunteers remove an astounding 4,000 illegal traps. Four thousand! All traps and nets are then given to the Sardinian Regional Forestry Corps as criminal evidence.

When the camps are over, Gigliola and her colleague Omar protect birds in a different way… Thanks to the EU-funded LIFE ‘Against Bird Crime’ project, they raise awareness on the issue in local schools. Students learn about bird migration, about the role Sardinia has in offering a safe wintering and resting period to millions of migratory birds during their dangerous travel, and about the fundamental responsibility we all have to protect them.
Some of the volunteers also took part in World Wetlands Day, celebrated at the Molentargius Park, a wonderful wetland in the outskirts of Cagliari, which hosts the only ‘urban’ colony of Flamingos in the world. Such events are highly valuable opportunities to raise awareness around nature and bird protection.

Hard work pays off: as a result of the camps, educational activities and public events, the illegal killing of thrushes in the forest of Sulcis is declining! Compared to 2012, the density of traps has even been cut by 80%!
Nevertheless, our work is far from over: some illegal killers are relocating their traps to the Sarrabus area in south-eastern Sardinia. Others are now targeting Starlings as they roost in the reedbeds, even within protected areas such as Molentargius Park!

In the fight against illegal killing, you have to be innovative. That’s why, in support of the Sardinian Forestry Corps, LIPU is now working with drones!

As it turns out, drone technology is very effective in identifying the tracks and locating illegal killers in the large reedbeds of southern Sardinia.

Do you want to protect our feathered friends?
Sign LIPU’s petition: stop the illegal killing of birds.