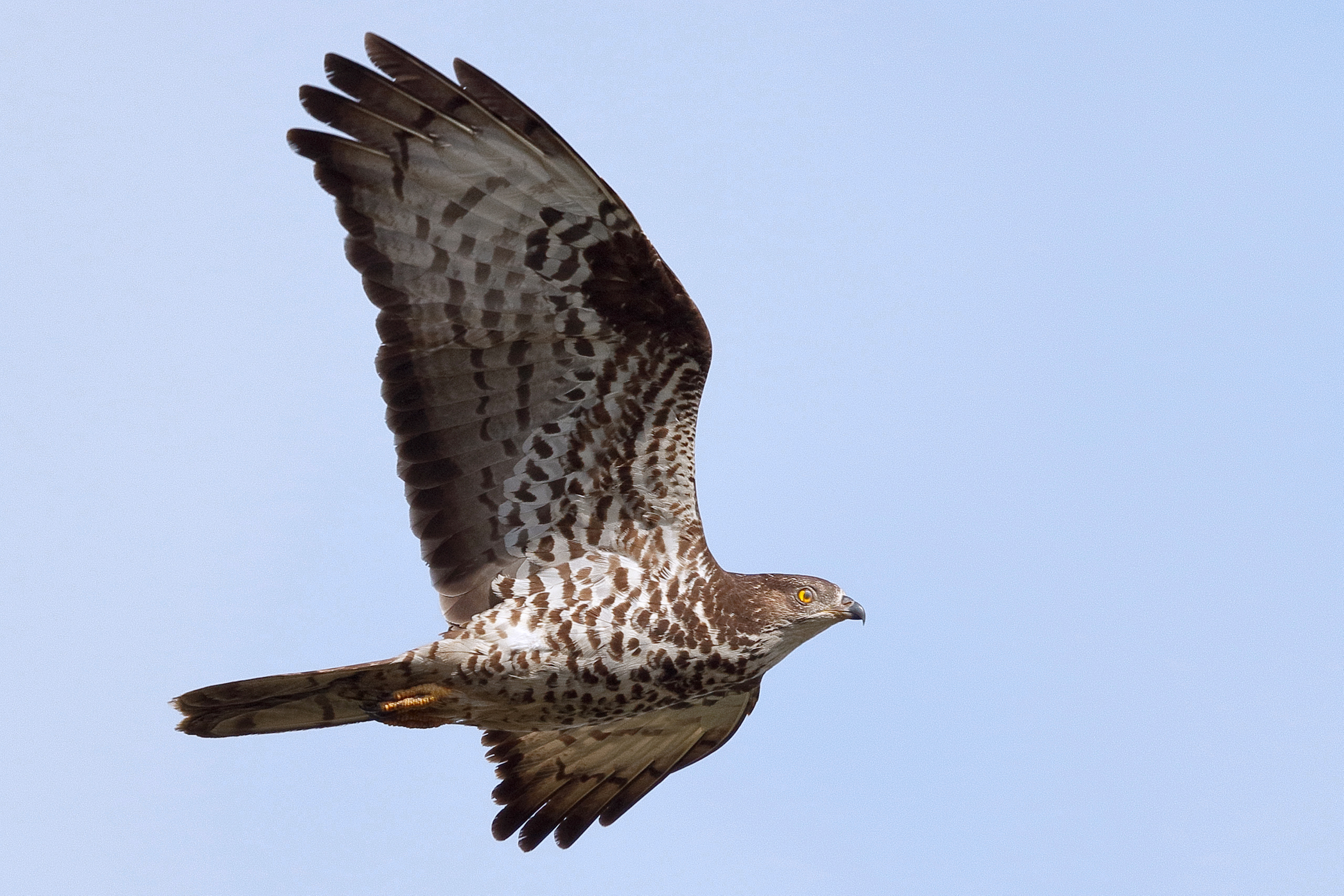 How law enforcement, birdwatchers, and ornithologists collaborate to protect 85 000 European Honey-buzzards in Italy

The European Honey-buzzard is fearless in the face of stinging wasps and hornets – but it has no defence against illegal shooting for sport. The Messina Strait is an important part of many birds’ migration route, where they can fly to and from mainland Italy, to the island of Sicily. The northern part of the strait is the narrowest, only 50km wide, and attracts the most poachers. The Messina Strait, on the southern tip of Italy, was once one of Europe’s worst “blackspots” for the illegal killing of raptors. In fact, as many as 5,000 Eurasian Honey-buzzards were unlawfully killed there every year. Thankfully, the times have changed.

During their spring migration earlier this year, very few Honey-buzzards were shot. This is in part due to LIPU’s (BirdLife in Italy) innovative idea to hold “anti-poaching camps”, whereby volunteers from all over the world would travel to the area to keep watch over the migrating birds. These camps began in the 1980s, and their presence alone deterred many poachers, but volunteers were also quick to report any illegal killing incidents they witnessed, aided by the National Forestry Corps. The first years were intense, with threats, physical aggression, shooting to police vehicles and helicopters, and even a bomb destroying LIPU’s local office, but eventually the continued effort to fight unlawful activity paid off.

The result has been extraordinary. The number of Honey-buzzard casualties per year have gone from 5,000 to only 100, and it has been estimated that at least 85,000 European Honey-buzzards would have died over the past three decades if poaching had not been addressed.

Another key reason to why illegal killing numbers have dropped in the Messina Strait is thanks to the close collaboration LIPU, and other NGOs, have had with the ‘Carabinieri Forestali’ – the National Forestry Corps.

Thanks to the experience and expertise of LIPU ornithologists, they are able to relay crucial information to the Carabinieri about when and where flocks will arrive. Monitoring both the Sicilian and Calabrian side of the Strait, they can also share information about when and where the migrating birds will cross the sea. All this information, together with reportings of any shots heard, are given to the Carabinieri who are on standby, ready to act.

Sadly, the magnificent Honey-buzzard isn’t the only victim of illegal shootings at the Messina Strait. Their autumn migration across Italy coincides with the hunting season in the country, and the actions of inconsiderate hunters sees the amount of Honey-buzzards, and other raptors, ending up at LIPU’s wildlife recovery centres – if they are lucky enough to make it there – soar. The vast majority of the thousands of raptors – all protected in Italy – that end up in a recovery centre somewhere in Italy, arrive during the autumn hunting season. Annually, every other raptor that arrives to a recovery centre has been shot. This tragic occurrence takes place not just at the Messina Strait, but across all of Italy, affecting the many species who fly over this country during their migration.

Birds know no borders, and many of the Honey-buzzards who migrate over Italy come from Sweden, Finland and central Europe. Each illegal killing in Italy affects this species in Europe, Asia, and Africa.

Help us keep the Messina Strait safe for the Honey-buzzard and all the other birds who count on this route to be safe for their migration today.