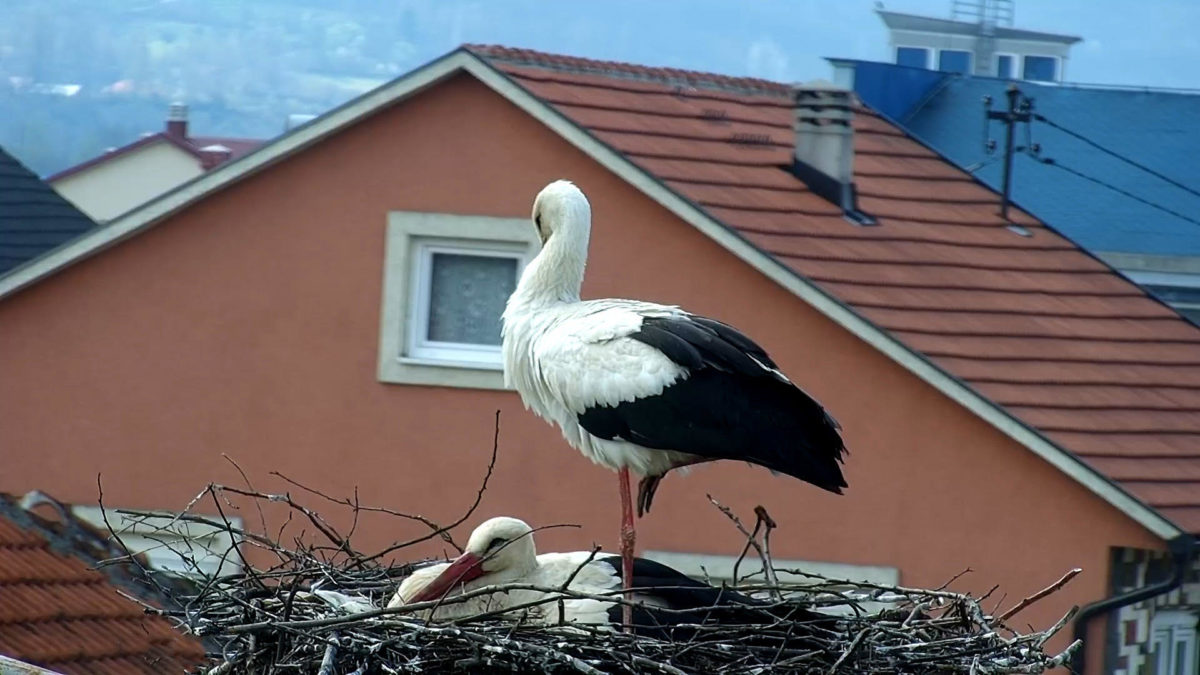 Perko and Perka: the bird celebrities who brought White Storks back to Montenegro

For 116 years, not a single White Stork nested in Montenegro. Instead, migrating storks flew straight over the country in search of breeding grounds elsewhere. The last pair fled the country at the end of the 19th century, when illegal poaching and human disturbance became too intense. For years, it seemed Montenegro was simply too dangerous for the species. But in 2012, one brave pair of storks bucked this trend, building their nest on an electricity pole in the centre of the small town of Berane in northern Montenegro.

Centar za zastitu ptica – CZIP, BirdLife’s Partner in Montenegro, organized a contest on social media to name the pioneering pair. By popular vote, the names Perko and Perka Rodic (Mr. and Mrs. Feather Stork) were deemed the most appropriate. All eyes were now on this celebrity couple. But would they stick around?
For four years, the couple nested successfully, raising a series of strapping chicks. In the winter of 2016, CZIP, working with the Montenegrin Electric Distribution Company, replaced the existing nest with the artificial platform to reduce the risk of electrocution.

Mr. Rodic arrived in April 2016 and used the platform to build a better, safer nest for his mate – but she did not arrive. We will never know what happened to her.
Despite the harsh conditions that winter, Mr. Rodic decided not to migrate, staying in Berane as if waiting for his lost mate to find him. Unfortunately, he did not make it through the winter and was found frozen in snow at the beginning of 2017. During that year, a few storks were observed near Berane, but none of them nested.

But all hope was not lost. The following year, in 2018, a new couple settled on the platform and raised three healthy chicks. Local residents, who had watched in suspense as the tragic romance of Perko and Perka unfolded in front of them, had become very emotionally attached to their White Storks. They decided that one of the adult storks was descended from the original beloved couple, whose story of faith and true love had inspired the nation.

This year, the pair has raised three more chicks – and their exploits were watched by stork lovers across the world via a live stream set up by CZIP, Heidelberg Cement and the telecommunications company MTEL. What’s more, these are no longer the only White Storks in Montenegro. This year, a new pair was observed raising three chicks in Mareza, near capital city Podgorica. Another pair was spotted in Gusinje, who may also have raised chicks of their own. We hope that the hard work of CZIP and other conservation organisations are paying off, and that Montenegro is becoming safe for storks once again.

26/08/2019 – This stork pair, who have been raising three chicks in Mareza, near the capital Podgorica, have been shot. An anonymous tip given to our partner CZIP, led them out to the stork nest where the could confirm that the parents did not return to their chicks in the nest.

The chicks are now on their own. Thankfully they can fly and feed themselves, but they would typically follow their parents during their first migration this season. Now it is uncertain whether the chicks will migrate to Africa or stay in Montenegro. White storks have been a protected species by Montengrin law since 1981 and CZIP has submitted criminal charges against the unknown stork killer 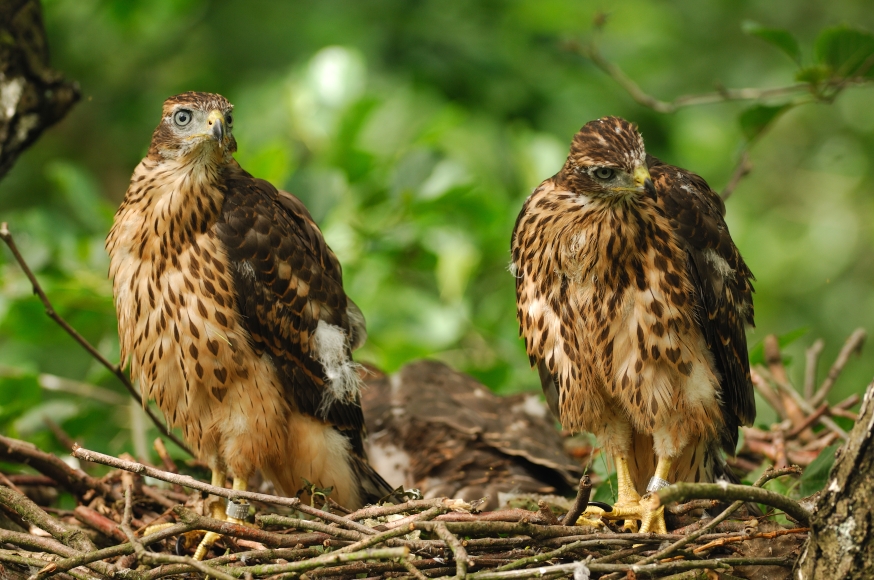