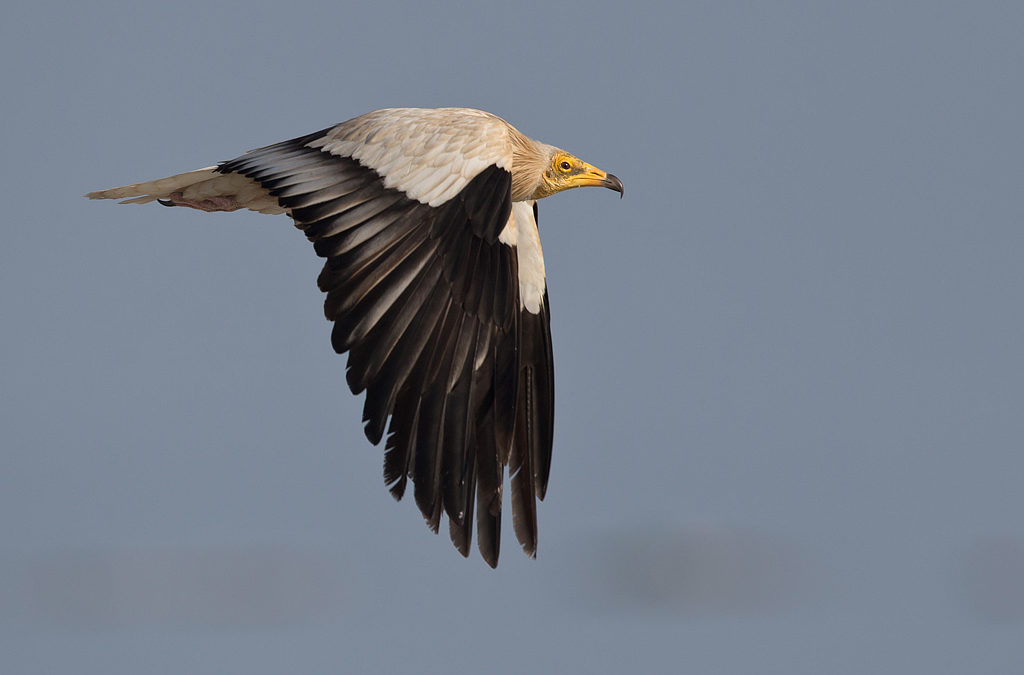 Last November, two Egyptian vultures were found dead in their nest in the International Douro Natural Park, on the border between Portugal and Spain, by the LIFE Rupis project team. Tests indicate that they were poisoned.

“Illegal or negligent use of poisons is one of the biggest threats to many protected species in Portugal and Spain. And it’s not just wildlife that’s at risk: poisons which kill vultures are also dangerous to pets and people,” says Joaquim Teodósio from SPEA, Birdlife in Portugal.
“Alongside cases in which the victims were endangered wild animals, in the Life Rupis project, for example, we’re also following cases where sheep or dogs belonging to local people were killed.”

The Egyptian Vultures recently discovered dead in the Douro region were collected by members of the Natural Park /ICNF, supported by Oriolus and by the Portuguese national guard (GNR). Lab tests on the vultures’ remains revealed that the birds died because they ingested an illegal poison: the toxic pesticide carbofuran. The substance was probably placed in bait spread on the ground to kill wild or feral animals. The same thing is likely to have happened in other cases the project is following. Aside from these cases where poison was illegally used, the project is also following other cases where – intentionally or due to negligence – deaths were caused by pesticides and other toxic substances used in agriculture.

To detect and investigate possible poisoning cases in the Douro region, two poison detection brigades – comprising an agent and a dog trained to detect poisons – have been created thanks to the Life Rupis project, which is co-funded by the European Commission’s LIFE programme. National authorities and park rangers on both sides of the border work to identify and investigate these situations, and they also work to prevent further poisoning in the areas with the highest incidence of poisoning cases in the last few years. Working together, Life Rupis partners have implemented protocols to ensure the best possible integration of the various steps in the process, from the agents on the ground to the specialised test labs and courts of law.

The project also works to alert people to the dangers of illegally using poisons. “The main aim is prevention, for the sake of nature and of public health. And in cases where prevention failed, we have to be able to identify and investigate effectively, so the culprits suffer the consequences,” says Teodósio.

The European population of Egyptian vultures has fallen by up to 50% in the last 50 years, and without your help, these magnificent birds will soon go extinct.