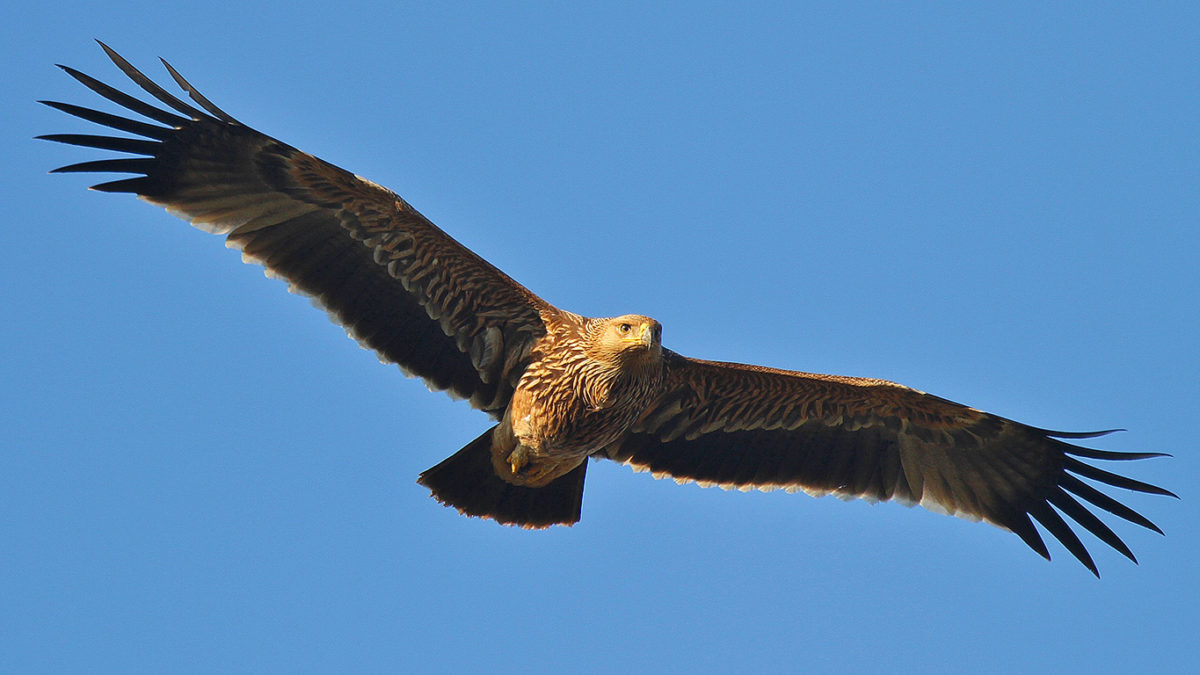 With its two metre wingspan, the flight of the Eastern imperial eagle is a striking sight. Equally impressive up close, it wears a regal crown of light gold upon its long brown body.

Unlike most eagles, it prefers open countryside, building its nest upon a tall tree with a clear view. But this powerful predator has become the prey. After decades of persecution by humans, the Eastern imperial eagle is now one of Europe’s rarest raptors.

In the Czech Republic, the Eastern imperial eagle reaches the northernmost and westernmost border of its range. A maximum of ten couples live in the country and our BirdLife partner, the Czech Society for Ornithology (CSO), tries to support their population by regularly monitoring their nests so people do not disturb them. Last year, they tagged two siblings with satellite technology to monitor their journey. After leaving the nest, the siblings flew in opposite directions.

One of them flew straight to the south across the Balkans and spent their winter on the Greek island of Crete. The second eagle stayed in Central Europe. Later, during their spring migration, the siblings both returned to their original nesting site. By monitoring these birds, CSO learns more about the eagle’s movements, but it can also help them detect potential danger. Monitoring tells CSO more about the eagle’s movement and can also detect potential dangers. In Central Europe, the greatest human threat is poisoning – either resulting from accidental exposure to pest-control chemicals laid out for rodents, or from the intentional use of illegal poisoned baits deliberately targeting wolves, foxes or birds of prey.

CSO’s dedicated dog-handler, Klára Hlubocká, and their two dogs Sam and Viky search for poisoned bait as well as the remains of illegally poisoned animals. Sam, the older of the two dogs, was originally trained to search for lost people! In 2018, this dynamic duo found 54 poisoned birds.

The nest from afar and from real close (Photoy: Márton Horváth, BirdLife Hungary).