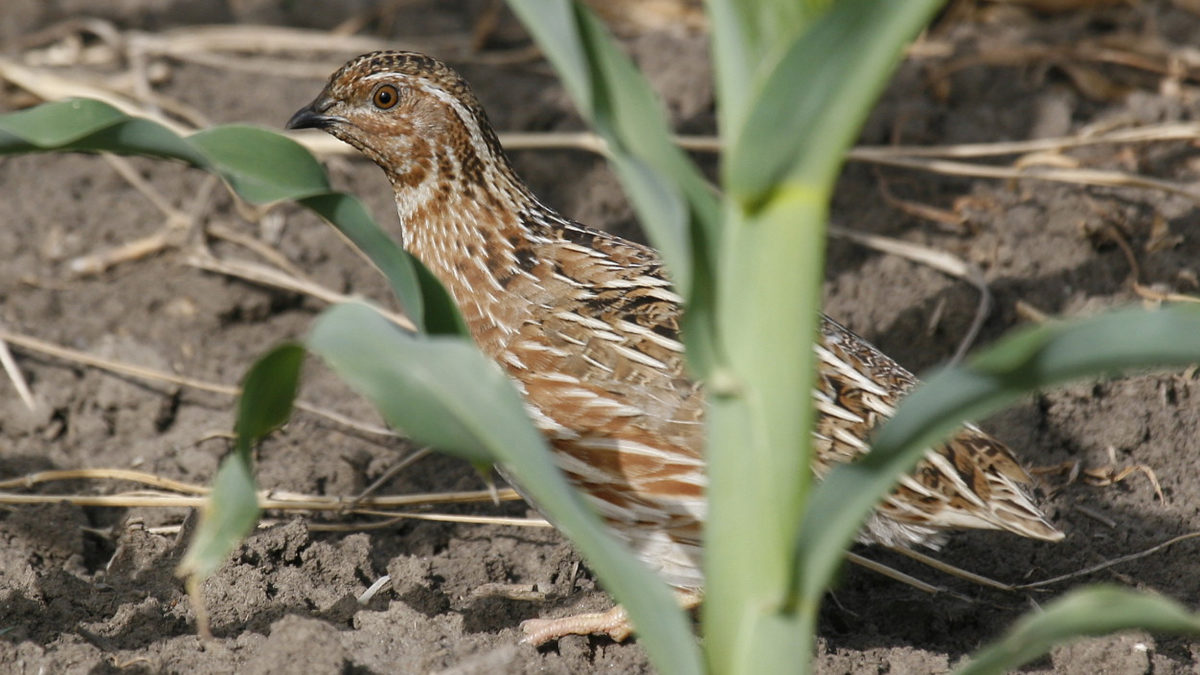 Although never a common sight for most due to its shy nature, once upon a time the Common quail lived up to its names and was actually a common bird in Europe and Africa. In the past, quail migrated together in huge numbers, forming clouds of them that could demolish hunting nets trying to stop their journey. With their migrating numbers decreasing, these birds are becoming more and more vulnerable to trapping and hunting.
The practice of quail trapping has been around for centuries, but the main difference between traditional quail trapping for sustenance, and the industrial-scale quail trapping seen today is the use of sound calling devices. The use of sound calling devices is illegal in many countries for precisely the reason that they help capture unsustainable numbers of quail. Sadly, enforcement of this law is lacking and electronic calling devices are still a common hunting accessory across Europe and beyond.

The use of these electronic calling devices, such as mobile phones, MP3‭ ‬players and portable speakers, is also illegal, and unfortunately widespread, in Serbia. In 2012, our Serbian partner Bird Protection and Study Society of Serbia (BPSSS) established a ‘Serbian Bird Crime Task Force’ to combat the illegal killing of birds. Every year, dozens of courageous volunteers and BPSSS staff patrol hunting grounds throughout the nights of August and September – peak quail-poaching season – searching for and removing calling devices. They also report their discoveries to the police. ‬‬‬‬‬

Since 2012, BPSSS has reported 279 cases of the illegal hunting of the Common quail, and 410 electronic calling devices have been removed from fields.

In 2018, BPSSS and our Croatian partner Association Biom were awarded a grant from the Champions of the Flyway bird race to collaborate on their work to put an end to the illegal luring and killing of quail; exchanging experience and working together in the field to monitor and report bird crime in both countries. In hunting grounds throughout Serbia, 37 illegal electronic calling devices were found over a span of 13 days, and six cases of illegal hunting were reported to the authorities. In Croatia, 51 illegal calling devices were found, leading to 12 police reports and 29 of the devices being impounded by authorities.

The staff and volunteers going into the fields at night to clear them of illegal calling devices and help these birds survive are truly the unsung heroes of nature. You can help support their work today.

For the first time ever, two Eastern Imperial Eagle chicks have been tagged with satellite transmitters in Serbia