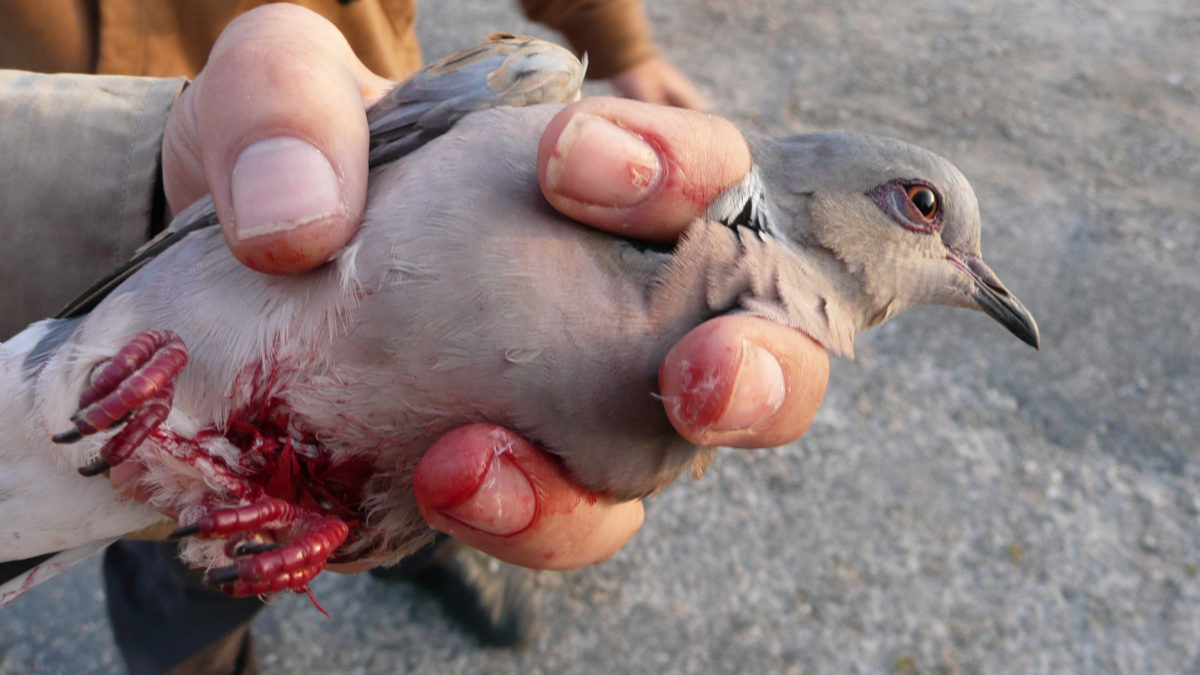 Trouble in paradise – the Greek islands that threaten the turtle-dove

Golden sand, clear blue waters, lush olive groves, forested mountains – sounds like paradise on Earth. Scattered along the western coastline of Central Greece, the Ionian Islands are one of the most popular holiday destinations in the Mediterranean. Every year, over a million tourists fly into the airports of Corfu, Zakynthos and Cephalonia. And these are not the only important international arrivals.

Twice a year, in spring and in autumn, these stunning shores play host to a festival of flight as millions of migratory birds bring the skies to life. Sadly, all is not as perfect as it seems. These seemingly peaceful islands are also one of the worst illegal bird killing blackspots along the entire African-Eurasian flyway.

Tragically, one of the main targets is the globally threatened turtle-dove. Extreme habitat loss due to intensive farming has seen populations of this once common species plummet in the last two decades – in some countries, numbers have fallen by 90%. With the survival of the species on the line, the EU has issued a ban on the spring hunting of turtle-doves – giving the species essential protection during their critical breeding period. Yet the problem persists illegally across many parts of the Mediterranean. Roughly 600,000 turtle-doves are estimated to be slaughtered in the region each year, with a staggering 70,000 killed each spring – on the Ionian Islands alone – in the name of a deeply rooted local tradition.

Staff and dedicated volunteers from BirdLife’s Greek partner, The Hellenic Ornithological Society – HOS have been actively monitoring the on-the-ground situation here each spring. More recently, they have also tried raising awareness of the problem with younger generations, local business owners and also international tourists – many of whom flock to the islands precisely because of their spectacular nature and wildlife. Slowly, but surely, hearts and minds are being won. But the shooting continues in open defiance of the law. Unless local authorities start taking a stronger stance, the iconic turtle-dove may soon run out of time.

Help us put an end to this Greek tragedy – stop the slaughter today!