Though its Latin name Pernis apivorus means “bee-eating bird of prey”, the European Honey-buzzard feeds mainly on wasps and hornets.

This sharp-eyed raptor shifts around its woodland perch, restlessly ruffling its wings, as it waits to catch sight of its next meal. With long powerful talons and natural armour of scale-like feathers around the head, it is perfectly built to dig deep into a wasp’s nest and brave the stings of the angry swarm inside.

Honey-buzzards are typically solitary, except on migration, when they flock together. On this epic flight, they use the earth’s magnetic field and their remarkable visual memory to find their way between their European breeding grounds and their wintering areas in tropical Africa.

As a soaring bird, it avoids large expanses of water due to the absence of rising air currents on which it glides. This drives huge flocks towards the narrowest sea crossings around the Mediterranean, such as the Gibraltar Strait or the Messina Strait.

Until about 30 years ago, the Messina Strait at the southern tip of Italy was one of Europe’s worst blackspots for illegal killing of raptors. As many as 5000 Honey-buzzards were unlawfully shot here every year. But thanks to the tireless work of local environmental NGOs since the early 1980s and better law enforcement, the death toll has fallen to about 100 annual casualties.

For more information on the legislation covering this species, as well as maps and research, check out: http://datazone.birdlife.org/species/factsheet/european-honey-buzzard-pernis-apivorus 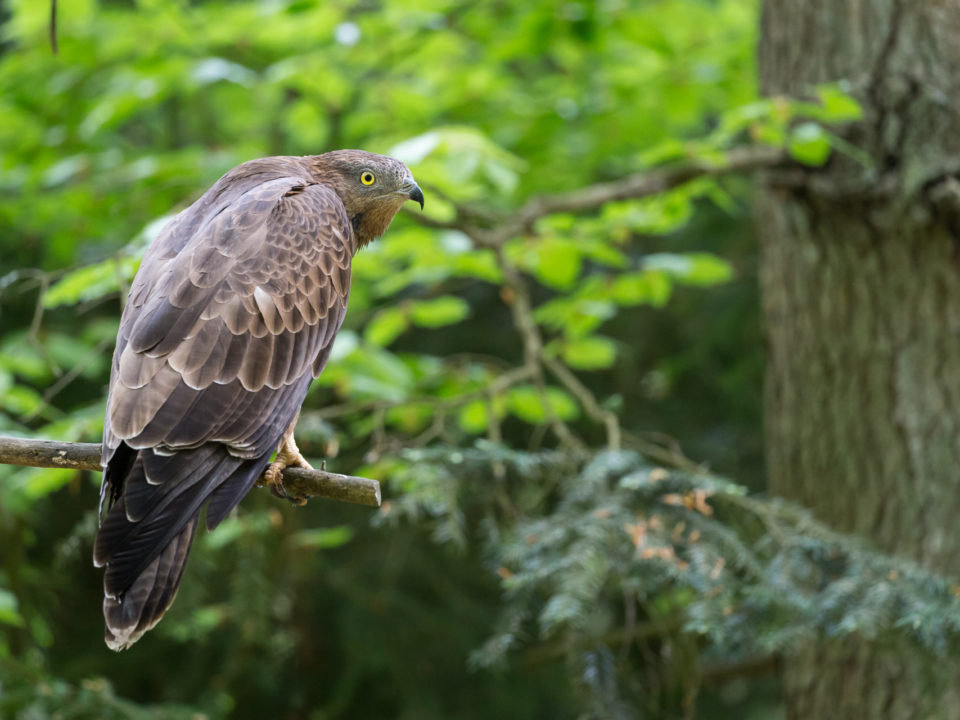 The evolution of the European Honey-buzzard

After traveling almost distance of over 6,000 kilometres, starting from its breeding grounds in Finland, our magnificent Pernis apivorus, better known as the European Honey-buzzard, has […]
Do you like it?
Read more

Tracking the fearless Honey-buzzard to Malta

Despite being a protected species, the European Honey-buzzard is one of the birds that is a victim of illegal killing in Malta. Every year, our partner […]
Do you like it?
Read more

How law enforcement, birdwatchers, and ornithologists collaborate to protect 85 000 European Honey-buzzards in Italy

The European Honey-buzzard is fearless in the face of stinging wasps and hornets – but it has no defence against illegal shooting for sport. The Messina […]
Do you like it?
Read more

Three month honey buzzards fly 5,000 kilometers all by themselves

Being an early migrant, it is no surprise that the magnificent European honey-buzzard is the third of our magnificent seven to start its journey southward. Known […]
Do you like it?
Read more
Load more